More than a century after its original adventures, the flying sailing ship known as the Realms Master once again sails across the Faerun sky! A new crew, still led by Dwalimar Omen, races to catalogue and dispense of the most dangerous artifacts in the Realms. 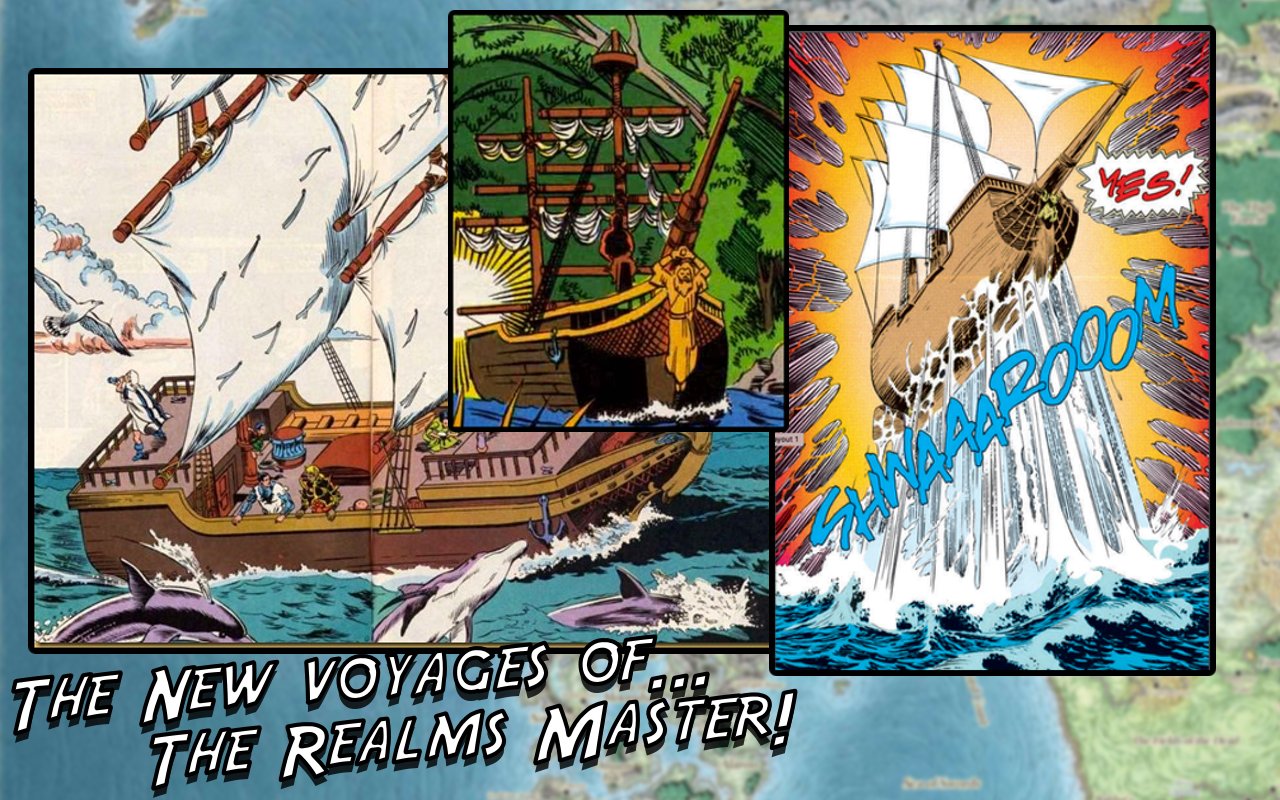 Set more than a century after the 1989 DC Comics "Forgotten Realms" comic book, this campaign highlights the story of the new crew of the Realms Master, still led (in his mind anyway) by the boisterous wizard Dwalimar Omen, whose quest for immortality led to his soul living in the ship's astrolabe.