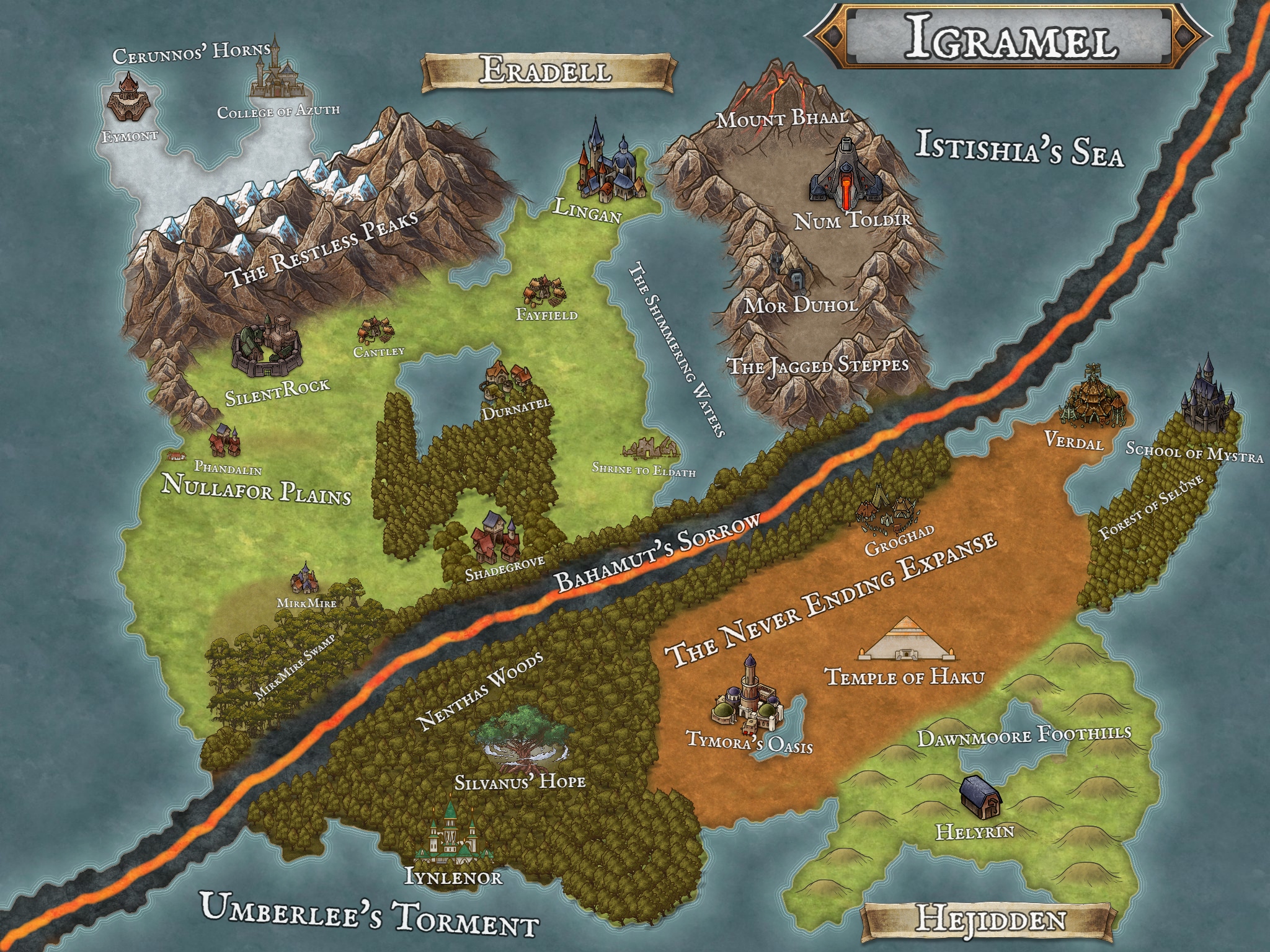 The year is 340 of the First Age of Igramel. Many years passed in the creation age as the lands were ruled completely in peace, without trouble. Eradell, the land of the humans and half eves. Hejidden, ruled by the full blooded elves and orca. Berizian, the lost lands to the east ripe with forest and jungle, yet to be properly tamed. 615 years into the creation age, Eradell and Hejidden waged war on one another. The humans and half elves of up north felt that the full blooded elves of Iynlenor were over stepping, attempting to reach beyond their forest and claim more land. The war waged for 8 years, until the turn of the 623rd year. With no end in sight it seemed the gods grew tired of these differences and for one of the only times, the platinum dragon Bahamut surfaced in the prime-material plane. With one fell swoop across the entire plane he sundered a gap between the North and South, creating a rift between the, now Two separate, continents. With this another year followed until it was decided foolish and peace treaties were signed. With this, the lands hoped the gods to recreate the lands and end this gap but to no response. Such marked the turn into the first age, and the now darkest time in Igramel’s history. The gods seem more distant than they are involved and most begin to lose faith. With this lack of faith and involvement from the gods, many dark forces begin to creep into the land, along with many opportunitists realizing now is the best time to enact plans years in the making. With other groups believing there are other forces involved preventing the gods efforts, Igramel is in need of heroes to dive into any possibilities while fending off the evil that threatens the state of everything.